Boost Juice Marketing – did they really say that? 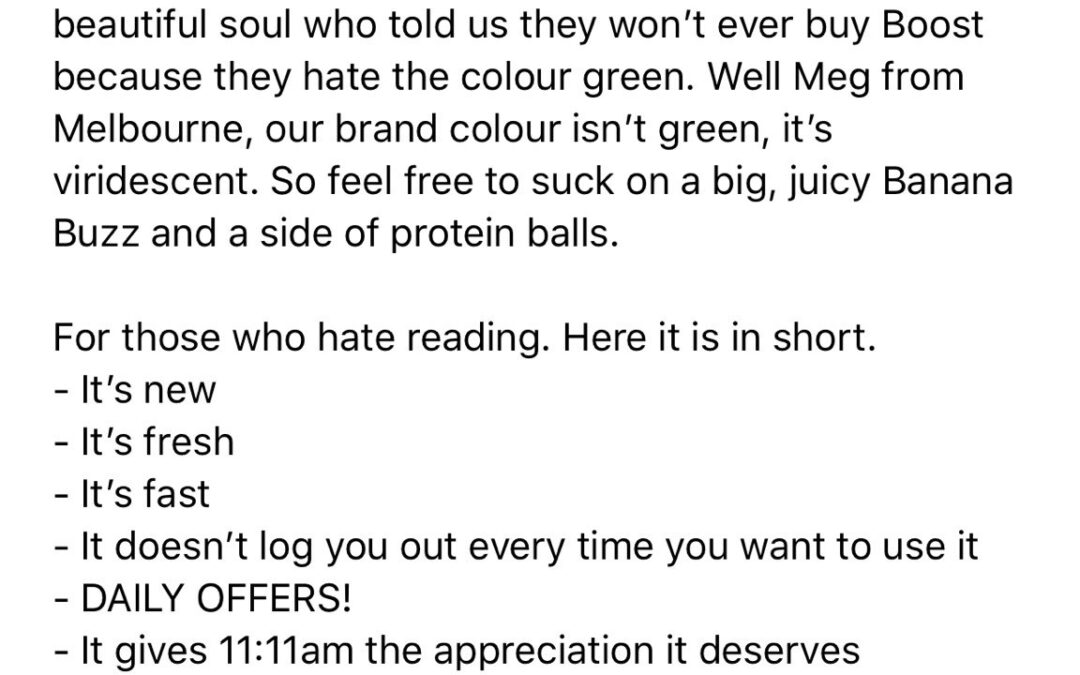 Boost Juice Marketing just released a new update for their iPhone app into the app store and there has been some interesting feedback on social media about the description of the application.  People have been calling out Boost Juice because they appear to have made some fundamental errors in how to manage social media engagement with their audience.

Generally this are all no nos when it comes to social media.  It is a bad idea to do this.  UNLESS – you know really, really well who your target market is,

Boost Juice – Did they really say that? 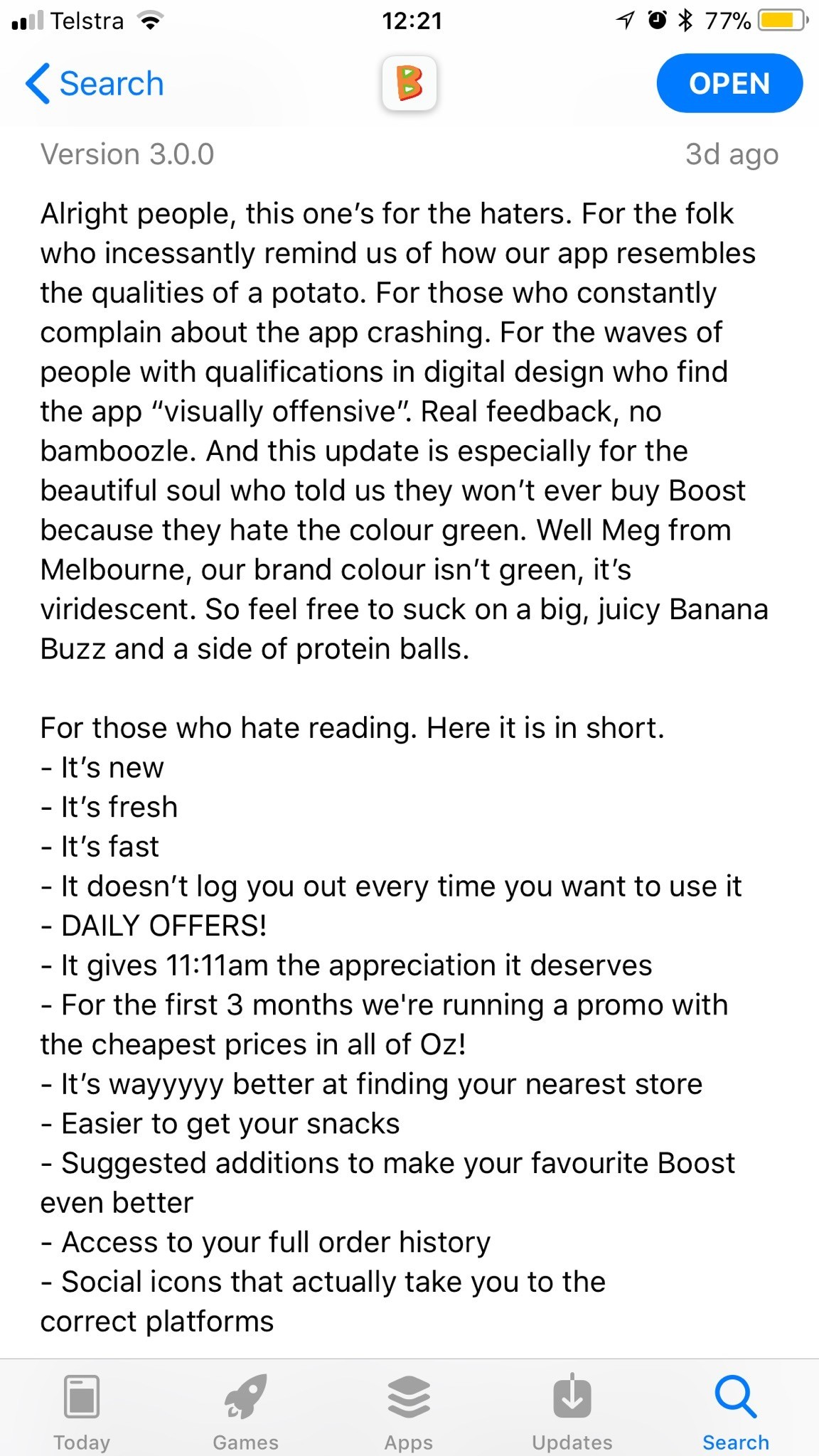 The app description that is creating a fuss.

By being on brand, Juice Boost Marketing have been able to take something as banal as an app update description, which is usually written by developers and is little more than a change log of features and bug fixes and turn it into communication with their target audience and create a buzz that could go viral because it has segmented the total addressable market into those who are their target customers and those who aren’t and targeted their market with a message that resonates with them.

This kind of marketing almost never gets done by external marketers because it is too dangerous, but is done by in-house marketing ninjas who are really tight with their target marketing, understanding their needs, wants and desires implicitly and who aren’t afraid to address them in language that is appropriate for them, but not for everyone else.

Restaurant apps – do they work?

As a side note, we were talking to an app maker for small Restaurants who wanted to partner with us to role out more restaurant mobile phone apps. I told him we had piloted some apps for customers and the experience was that a lot of people spend a lot of time marketing their apps and initial uptake is hard to achieve and app fatigue means that most apps are only opened once or twice before being uninstalled. I asked him for some references from customers with real order numbers that were encouraging and he said that they had a similar experience, so in general restaurant apps for small restaurants are probably a waste of time. They aren’t too expensive to produce, but the return is usually very low.

Started in 2000 by Janine Allis, they have 500 stores in 13 countries. They talk about wanting to improve what people are eating with – “If we can help people eat more fruit and veg by making them taste great, that’s fantastic. ”

They have created a brand and a following that is incredibly powerful.  This is highlighted by the fuss that has been created by something so boring as a description as an app update.  They have been honest about the issues with the previous version and acknowledged that.  They called out users with the reviews that are just unmanageable.  How do you respond to someone who won’t buy your product because they don’t like the colour green??

So what do we think about their marketing?  I don’t think I can put it any better than compared to everyone else, their marketing is less bad and a lot more good.  Everyone in Restaurant Marketing could learn from this.