Small business owners often feel powerless in the face on unnamed criticism that may or may not be true, as seen in the Accor fake reviews scandal on Tripadvisor.

On top of that, social media can be used for mapping key personnel in an organisation, as happened to a General in Nato Central Command.

Given all of this, we thought it would be interesting to see how far a fake identity could be pushed.  We chose Linkedin, which describes itself as the worlds largest professional network with over 225 million members.   Sounds pretty good, but what is it really like? We started out by creating a profile for Dalek Caan.  For those of you how don’t know who Dalek Caan is, he is one of the leaders of the Daleks from Doctor Who.  His appearance, which appears on his profile is somewhat unmistakable, and definitely not humanoid.   We created an interesting back story and then invited a few friends.  We invited people we knew and people we knew who would appreciate a joke.  After we hit the 10, we started to slowly add connections from their connections.

We fully expected to have the account shut down, given that it was pretty easy to see that he wasn’t a real person.

The Profile was as true to the Whovian timeline as we could make it.

599 connections in 6 months.  The last 400 connections were added in under a couple of weeks by requesting connections.

He speaks Dalek of course, as well as English.  Interesting enough is some people have endorsed him for his skills.  It is interesting how people are free with their recommendations and a sad indictment on his skills that has the same number of endorsements for Weapons of Mass Destruction as Network Administration.  He hasn’t been able to connect with any of the alumni from Skaro University, because of course, Skaro University was blown up when Skaro was destroyed in the Time Wars.  Linkedin allows time entries back to 1900 for education and projects that were completed in 2020, which seems custom made to fit the needs of time travellers.

Dalek Caan’s search results in Google.  This is Page 2.

The first one was a couple of days after he hit 50 connections.   One of the team pensively interrupted a meeting we were in to say that there “Was someone on the phone wanting to speak to Dalek Caan”.  I took the call from an IT products distributor, keen to set up a meeting to get Dalek selling Wireless Access Points.  I told him I didn’t know when he was, but the persistent sales person didn’t pick up on the salesperson reference and continued to try and get an appointment.  Even cursory research would have shown that Dalek Caan was responsible for destroying his own race entirely.  Is that the kind of person you really want selling Access Points for you?

Secondly, we saw a lot of people request to connect with Dalek.  Hopefully some of the people saw the joke and wanted to connect, and obviously some did, but obviously others didn’t give the Inmails about wanting to sell something, or catch up to discuss growing our business.

Of the outbound connection requests, it was good to see some people ignoring the requests, and some people who didn’t get the Doctor Who reference, asking for more information about who Dalek Caan knew them.  This is good to see, because far too many people just accepted the request invitation.  We noticed it was a lot easier to drive connections with requests to anyone with Sales, Business Development or Channel Development.  These people tend to be a lot more outward facing and it seemed to be a lot harder to Connect with people in Finance or other parts of organisations.

Towards the end of the experiment, we wanted to increase connections rapidly, so we spent 10 minutes connecting with everyone that Linkedin suggested.  We thought that this is where he would obviously get banned, but he only got a minor speeding ticket which was the next day  we were required the email address for everyone we wanted to connected to.  This restriction was removed a couple of days later, so we added another 100 connections.  I was surprised taht there was nothing in Linkedin’s system to alert to suspicious behaviour with someone purporting to know every one of the 200 people that Linkedin recommended. 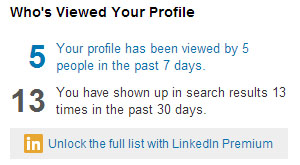 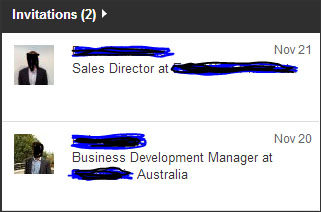 Dalek is still proving popular and as suspected, a Sales Director and a Business Development Manager where the ones trying to make connections.  Seriously, this is one account that could be more trouble than it is worth. 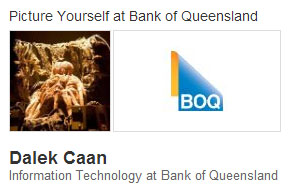 From a Linkedin point of view, it is scary to see how well Dalek’s connections can map out the Org Chart at some fairly big organisations.  People should be very careful about who they Connect with because of the amount of information they give away about themselves, along with their organisation.   Because Linkedin acts as a resume for many people, it is also carefulo to treat it like a real resume.  We have seen with some ex employees that there is a significant amount of ‘embellishment’ in resumes based on their role, qualifications and responsibilities as to what they actually did in our company.

So, what should small business owners do when dealing with social media networks?

Lastly, for social media and reviews sites to continue to thrive, there needs to be a mechanism for accountability.  With Linkedin, people can create whatever account they like and write whatever they like.  The endorsements and recommendations really are just a likes system and with a work / customer / buyer relationship added in,  often people have an incentive to recommend.  I wonder how much more successful we would have been and how many fewer people would have caught on to the joke, if the profile photo was of an attractive professional working for a large organisation with a plausible resume?

It’s best that we leave the last message for Linkedin to Dalek Caan, himself – “EXPLAIN!  EXPLAIN!”