Is Priceline / OpenTable about to acquire Tripadvisor? 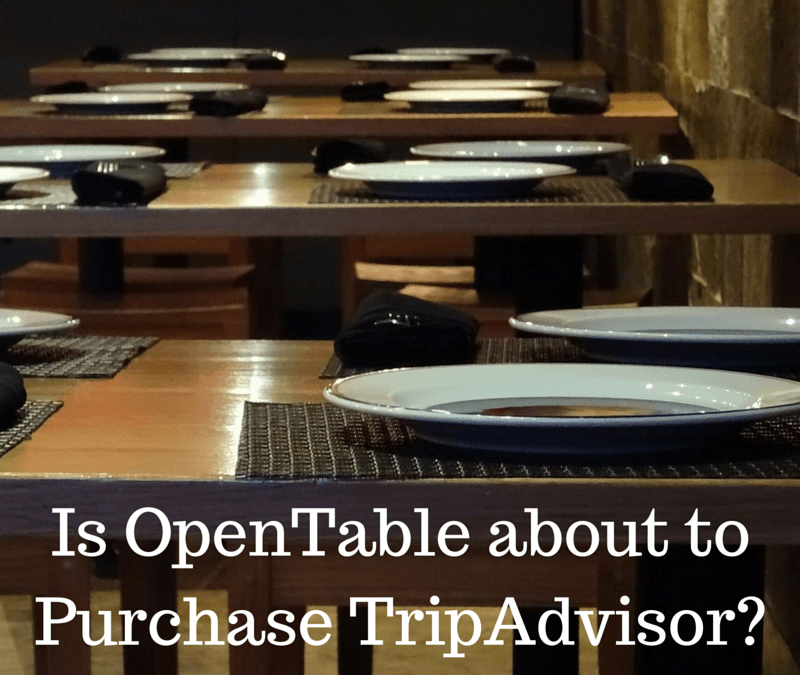 Skift is reporting that Priceline, the owner of OpenTable, may be looking to acquire TripAdvisor.  Dennis Schall writes that Priceline has talked about it’s unappreciated competitive moat, and an acquisition of TripAdvisor would make a big statement and widen the moat for Priceline.  What would the merger of the TripAdvisor and OpenTable Restaurant services mean for Restaurant owners and the Hospitality industry in general?

Schall goes on to write about statements that Tripadvisor’s  Greg Maffei said at a recent Morgan Stanley investor conference in March. He stated, “the most obvious catalyst” for change is if another company “walked in one day and put a number on the table for TRIP, which is not for sale. But if somebody put a number for TRIP on then you are dividing the spoils and it is a lot easier discussion than if you are sitting around on the average day running the company.”

Tripadvisor’s stock has been on the increase over the last 2 weeks on rumours of a merger.  Priceline currently has a market cap of $63 billion.

Priceline CFO Daniel Finnegan addressed the merger and acquisitions issue, noting that M&A has “been a critical part of our past. I would expect us to continue to be acquisitive.”  He went on to add that acquisition goals for them revolve around expanding services, geographic reach or increased demand. Pricelines last big deal was in 2014 when it purchased OpenTable for $2.6 billion.

Tripadvisor is currently valued at $9 billion, so Priceline would certainly be able to gather the resources to purchase Tripadvisor.

In Australia, the merger of OpenTable and Tripadvisor would make a lot of sense.

There are a range of interesting synergies across travel and hotel bookings for a Tripadvisor / Priceline matchup, and even more in the Restaurant space. Pricelines OpenTable is essentially US based with international expansion coming a lot slower than expected.  TripAdvisors restaurant booking feature is strong in France and Spain and is investing further in sourthern Europe.  The situation is unusual in Australia, with Tripadvisors booking system not being used as it has continued to use Resdiary which was what Dimmi was licensing when it was bought by TripAdvisor.  Resdiary competes fiercely with OpenTable in the UK and is expanding in the United States.

Tripadvisor purchased Dimmi last year for an undisclosed amount of money. Dimmi had transitioned from it’s online bookings model which it couldn’t get profitable through to being a reseller of ResDiary, which it licenses from the UK. We think that the majority of revenue is now coming from this deal.  It may not be overally profitable for Dimmi though as it pays licensing fees to ResDiary in the UK.

Meanwhile, OpenTable purchased AS Digital / Respak.  The integration and market traction appears to have been very slow in Australia with the OpenTable website listing only 189 Restaurants in Sydney and 280 Restaurants in Melbourne. 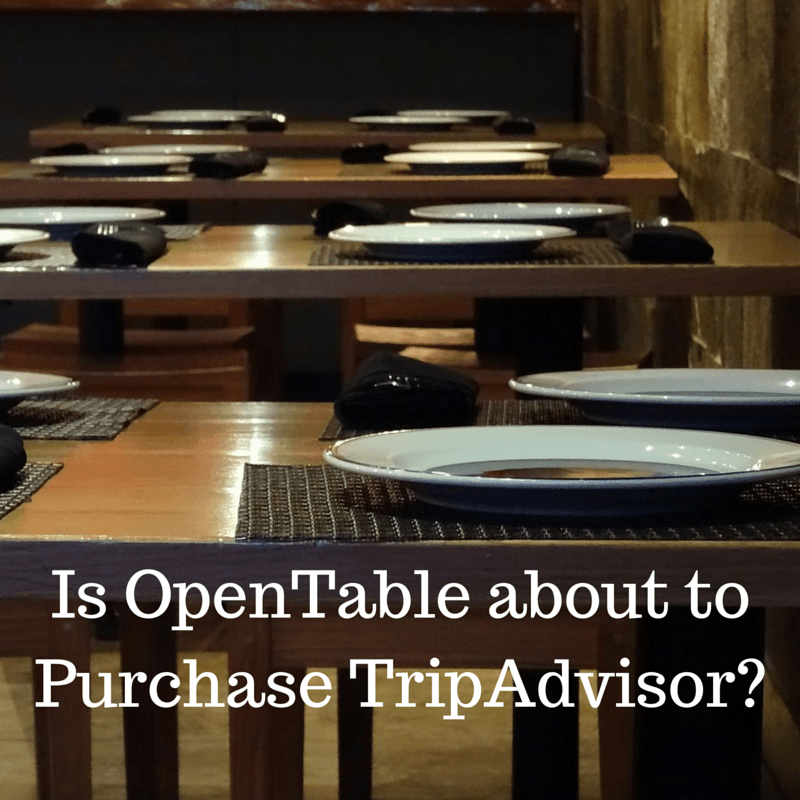 OpenTable and Dimmi do Restaurant Bookings and Table Management and Tripadvisor does Restaurant Reviews, but none of them work in the best interest of the Restaurants, so what would the merger mean for Restaurant owners?

A purchase of TripAdvisor would give OpenTable the instant reach that Dimmi has had in the market, although it would face the not insignificant task of transitioning from Resdiary to OpenTable, which restaurant owners we’ve spoken to have found to be a complete and full functioning table management system whereas the OpenTable product has been described as clunky and expensive.

What would a combined OpenTable \ TripAdvisor \ Dimmi mean for Restaurant Owners?

Tripadvisor does Reviews.  Dimmi does Table Management and OpenTable does bookings.

Merging all of these together and swapping out Resdiary for OpenTable is really the worst of all worlds from the point of view of the Restaurant owner.

Dimmi’s licensed ResDiary product is better than OpenTables based on what we’ve seen and heard from Restaurant owners.

Tripadvisor has had significant issues with fake or poor reviews of Restaurants.

OpenTable is very big on building their email database not that of their customers.

Putting all 3 of these together will create a massive digital monopoly that will make it more difficult for Restaurants to manage their own online presence and build a marketing strategy that they can control.  Digital monopolies end with large amounts of power which translates into price rises and this will create significant issues for Restaurants over the next 5 years.

Whilst the Priceline / OpenTable buyout of Tripadvisor would make a lot of sense for Priceline, we are hoping that it doesn’t go ahead for the sake of Restaurant owners.