In life sometimes an opportunity presents itself by chance that you have to take advantage of, which is certainly the case for the Ross Village Bakery in Tasmania. Located in the unspoilt historic town of Ross, the Bakery has operated on site for more than 100 years, and, surprisingly, has become the destination for Japanese fans of the popular anime Kiki’s Delivery Service. 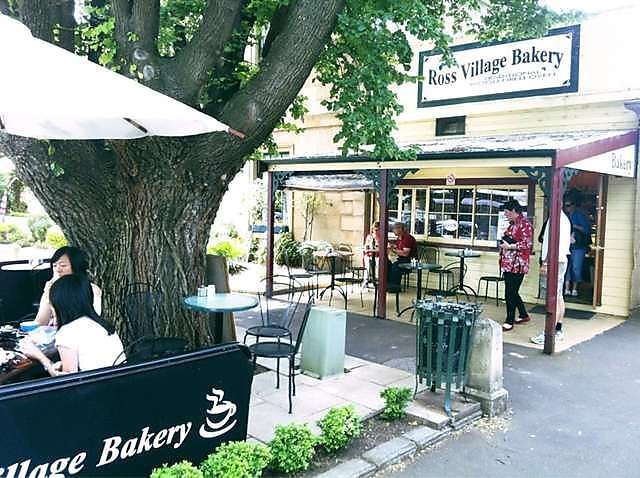 But, how has a bakery steeped in colonial history become the focal point for Japanese tourists and what has it got to do with a Japanese anime?

In order for a restaurant to stand out from a sea of competition it is important for it to have a restaurant unique selling proposition. Marketing experts will endlessly explain that a USP is vital to defining a company’s distinctive position in the marketplace, but is, unfortunately, an element that is often overlooked.

When it comes to the food service business it is particularly pertinent for them to have their own USP as these businesses tend to operate in a market that is intensely competitive. Anybody can sell food, but what is it that makes one company outshine the rest as it continually draws people to it every day? It is through the ability of a company to know what their unique selling proposition is which enables them to focus their time and energy on the customers they attract so that they can maintain their business as it goes from strength to strength.

Of course, when it comes to the Ross Village Bakery they didn’t set out to make their business look like the one that can be seen in the Japanese show, hence the reason behind the steady stream of Japanese fans to Ross. In fact, the bakery hadn’t even heard of Kiki’s Delivery Service; however, seeing as the bakery is located in a quintessential village between Launceston and Hobart and secluded from much traffic, the bakery decided to take advantage of the opportunity in order to attract a larger customer base. Consequently, they have welcomed the fans, deciding to capitalise on this opportunity by making this their unique selling proposition.

After noticing the similarities between the bakery and that of the popular show, Ross Village Bakery transformed the upstairs loft space to mimic Kiki’s room from the animated movie. The main reason why the bakery has become such a hit with Japanese tourists is down to the fact they can see the oven cooking the bread from the counter which is the same from the movie. In order to break away from the crowd a restaurant unique selling proposition should tell people what it is that you are selling and why they should come to that particular restaurant in the first place.

Needless to say, the bakery would have already had a customer base beforehand, but now they have another type of customer, which adds to their daily intake. What makes this such a successful endeavour is down to the fact that Ross Bakery did no promotion work at all as it has grown primarily from the fan community. With up to 50 Japanese tourists arriving each day it is no surprise that they have been welcomed by the co-owner of Ross Bakery, Carl Crosby.

What, though, is the attraction for people to travel to places that are connected with movies and the TV?

As this research paper suggests, fans of the Japanese show make the pilgrimage to Ross Bakery so that they can celebrate the similarity between Kiki and the bakery itself in order for them to adopt the identity of the main character and the atmosphere of Ross Bakery. By simply travelling to an established place the fan has the ability to connect the character of the show with a real-life building and allows them to make a connection with a fictional character to make them more real.

Of course, while the bakery could quite easily have turned away the fans, they decided not to, but instead embraced them and added to their experience while visiting Tasmania.

So, do you have something you can capitalise on to make your business stand out from the crowd? What restaurant unique selling proposition can you utilise that will enable you to attract more customers to your business? You don’t necessarily have to do the same as Ross Bakery, but it might be worthwhile for you to simply take a step back and look at what type of unique message you want to promote to your target audience in order to make your business a success.