Stevan Premutico leaves Dimmi – What does it mean for your Restaurant? 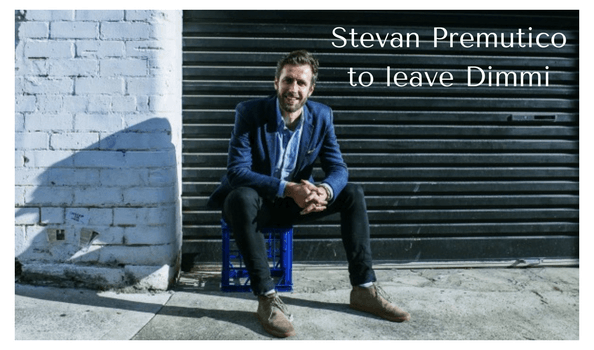 Stevan Premutico is has announced that he will be leaving Dimmi at the end of the month.  Dimmi, which was purchased by Tripadvisor in 2015 for an undisclosed amount, with Jared Chapman taking over as CEO on the 1st of July.  Chapman, who is listed in Linkedin as the Sales and Operations Director, previously worked for Menulog and Delivery Hero.

What does Stevan Premutico leaving Dimmi mean for your Restaurant?

Originally Dimmi started out with the aim of helping Restaurants through clipping the ticket on online bookings.  It struggled to make money with this business model, with restaurants slow to adopt online bookings and morphed into a business to consumer model with it’s mobile phone application and reseller network and as a  reseller of Resdiary, the table management software that it licenses out of the UK.  In fact, Resdiary has been the main reason why OpenTable has struggled to scale in Australia, with it’s table management system being described as “a dinosaur” compared to modern table management systems.

After raising $10 million from Telstra and Village Roadshow, it struggled to grow restaurant numbers, with resistance to it’s practice of not providing the email addresses of customers and the fees involved with taking the bookings.  Restaurants were particularly concerned with having to pay for bookings that no showed.  Last year, Dimmi reported having 3,000 restaurants as customers, only a 20% in the number of restaurants that came across after it was purchased by Tripadvisor.

Stevan Premutico is stepping down as CEO of Dimmi.

With Stevan leaving, it may mean that the last vestiges of the aim of helping Restaurant owners to manage their bookings better may be leaving Dimmi as well.  Tripadvisor is firmly a business to consumer company.  Tripadvisor has had a difficult relationship with many Restaurants, with the issue of fake restaurant reviews being a significant issue for some restaurants.  The new CEO of Dimmi, Jared Chapman, has worked at Menulog and before that Delivery Hero.  Both companies had policies that we believe are incredibly unfair for restaurants and they lead to us creating the Free Restaurant OnLine Ordering system, enabling restaurants to take orders online, collecting the customers email addresses, feed the information into a free restaurant CRM system and do all of this with no fees and charges.  We think that the departure of Stevan will have a negative effect for restaurants with a greater focus on increasing revenue for Tripadvisor and more consumer orientated benefits, at the cost of the restaurants

The move may come as a surprise to some, given that Stevan, in an interview with the Sydney Morning Herald stated that, “Dimmi is a big part of my life,” and that “I’m going nowhere.”

Stevan was been a trailblazer in the Australian restaurant industry, creating the first version of restaurant online bookings in Australia.  He introduced the concept of taking bookings online to restaurants and has been a powerful icon for technical innovation in the industry and he worked tirelessly to educate restaurants to ditch the paper book and move to an electronic diary.  His robust and passionate leadership in the industry was an inspiration to our team and we benefited from his insights and his work with Australian restaurants inspired us to create our Free Online Restaurant Booking system, which has grown to now be used by restaurants in 10 countries. 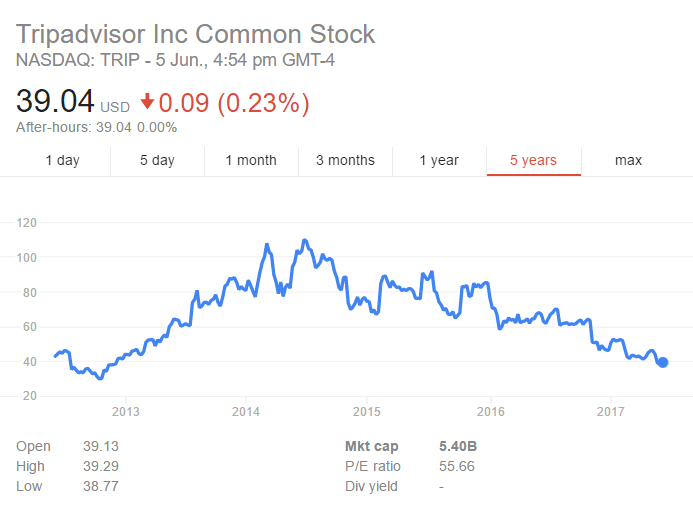 The Tripadvisor share price has struggled since 2014, having declined 63% since it’s peaks.