Doordash Australia almost ready to open up for delivery 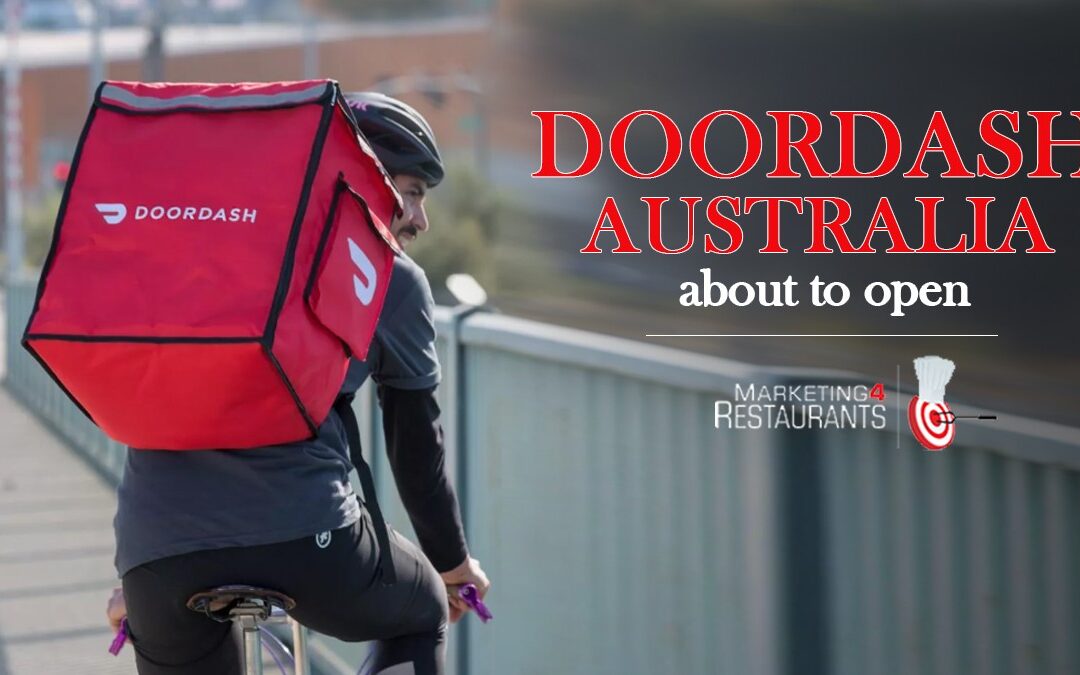 In a surprising move, Doordash is looking to commence operations in Australia.  We recently received a flyer for one of our test Restaurants, highlighting that we could sign up with $0 activation before the end of September.  A search of Linkedin shows that Doordash has had people on the ground in Australia since at least February, operating in stealth mode as they look to grow the 3 sided market that is restaurant delivery.  They appear to have tried Gumtree, although that ad is no longer available.  It touted ‘Be your own boss and sign up today.’ 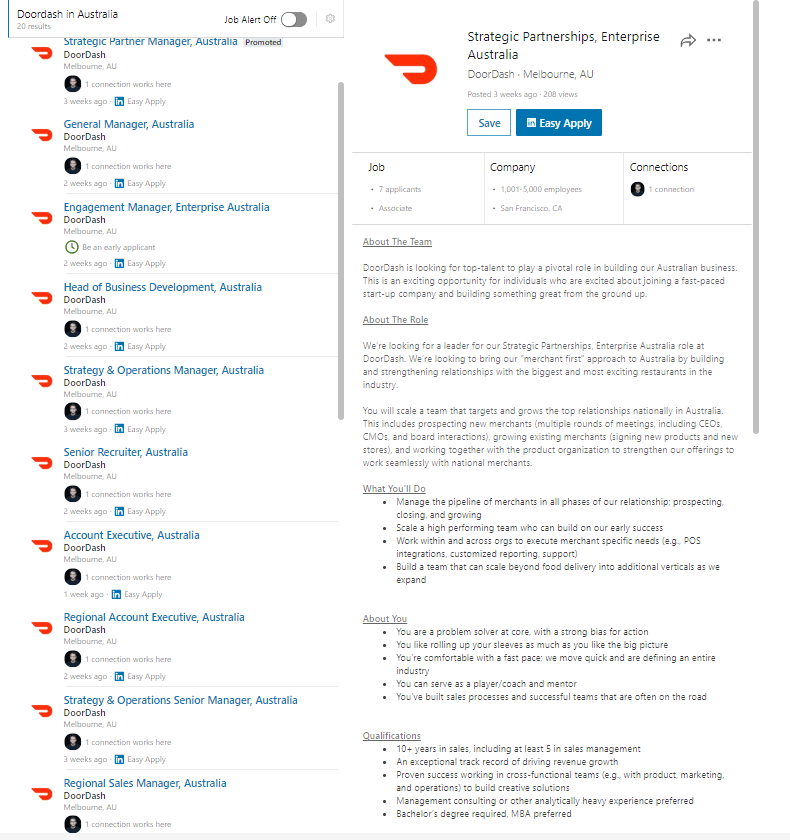 Doordash has a number of open positions in Australia

This is surprising news, given that Foodora has already tried and failed in Australia.  The market is significantly smaller than the United States.

It will be interesting to see how Doordash pays it’s Australian employees given the recent controversy over how it pays it’s United States employees.  Doordash has been taking tips from customers and using that to meet the base pay for their employees, rather than adding the tip to the pay.  This was quite notorious because customers thought that the tip was extra to the employee, not becoming a part of their wages.  Doordash was using the tip to decrease the amount of money that it had to pay their employees.

The start of Doordash Australia follows on from the recent exit of Levi Aron from Deliveroo in June.  Levi is a very talented CEO and in the past was Operations Manager at Catch of the Day.  He is replaced by Ed McManus.  It will be interesting to see how long it takes Ed to start navigating the myriad of issues that face Deliveroo, which has stubbornly remained in 3 spot behind Uber Eats and Menulog in the restaurant ordering space.

What does this mean for Australian Restaurants?

Not much – many Restaurant have been putting up there prices in repsonse to the massive fees from Menulog, Uber Eats and Deliveroo.  It will take Doordash a while to build the scale they need with their ‘dashers’ (what they call their delivery employees).  If they can get scale, and it’s a big if, they may be able to overtake Deliveroo and Menulog, but they will need very deep pockets.

Of course, there is always the Free Restaurant OnLine Ordering system that Restaurants have been using to cut commissions to zero and to build their own marketing database.  If you are looking to cut these fees, contact the team.